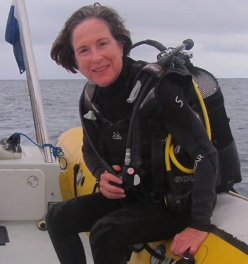 The International Association for Open Knowledge on Invasive Alien Species, INVASIVESNET, is pleased to announce that Bella Galil is awarded Life Honorary Membership of the Association.

Prof. Galil is a curator in the Steinhardt Museum of Natural History, Tel Aviv, Israel, and contributing scientist to a number of renowned international organizations such as the International Council for the Exploration of the Sea (ICES) and the United Nations Intergovernmental Science-Policy Platform on Biodiversity and Ecosystem Services (IPBES).

Previously she was as a Senior Scientist with the National Institute of Oceanography in Haifa and served as chairperson of the executive committee of the Zoological Society of Israel 1993-1997 and Co-chair of the scientific committee Living Resources & Marine ecosystems, CIESM  The Mediterranean Science Commission, 2001-2007.

Prof. Galil is a Member of the Editorial Board of Biological Invasions and Advisory Board of INVASIVESNET open access journal Aquatic Invasions. Her published works include over 320 peer-reviewed scientific papers and four books. She published extensively on marine bioinvasions, paying special attention for the role of the Suez Canal as a pathway for the introduction of Red Sea organisms into the Mediterranean Sea.

The Honorary Membership was remotely awarded by the President of INVASIVESNET, Prof. Frances Lucy, who praised Prof. Galils impactful research on bioinvasions in the Mediterranean: Prof Bella Galils research has provided an outstanding contribution to the knowledge and management of Mediterranean ecosystems. She has mentored and inspired a multitude of early stage marine researchers.

Prof. Galil is the second Honorary Member of INVASIVESNET and joins Prof. James Carlton who received the honorary title in 2018 (read more). She describes her own life's work as rooted in the intense wonder best expressed by the poet of the Psalms - The sea, vast and spacious, teeming with creatures beyond number - living things both large and small.