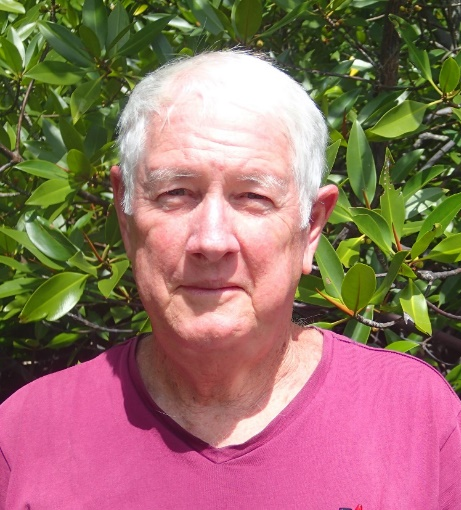 We are delighted to announce that Fred Wells, Adjunct Professor at Murdoch University and Curtin University in Perth, is the new Editor-in Chief of our open access journal Aquatic Invasions. He has officially started on 1 January 2019.


Fred Wells is the former President and a Lifetime Member of the Australian Marine Sciences Association, The World Scientific Society for Molluscs, and the Australasian Mollusc Society and former Editor of Molluscan Research, the Western Australian Marine Biological Workshop Series and Records of the Western Australian Museum. Much of his work involved documentation of molluscan assemblages in marine areas not previously investigated by scientists. His research has included all major habitat types in the Western Pacific, with a particular focus on coral reefs and mangroves.
Read more about his views on invasive species research and his plans for taking the journal forward in the coming years.
How did you first get involved with Invasive Alien Species (IAS)?

I worked for a number of years at the Western Australian Museum documenting the marine fauna of this vast state. We occasionally came across species that had been clearly introduced. In the 1980s, the mussel Musculista senhousia became invasive in the Swan River, right on Perths doorstep. This sparked my interest.

Can you see a change in attitudes towards IAS since you began studying them?

Yes. The finding of M. senhousia in vast numbers 35 years ago was then a scientific novelty. Now there is an agency with responsibility to deal with these issues. Just today I received an alert from them that a single crab on the Australian national marine pest list had been found in the same Swan River. There have been several crabs found in the last 5 years and intense surveys to search for the crabs.

Which research topics in the field of aquatic invasions deserve more attention, and how can we push this research agenda forward?

My field is essentially marine. There are numerous studies using port matching of physical factors such as temperature and salinity to predict which ports have the greatest risk of IAS introductions. There is a growing dataset that indicates that biological factors may be more important. For example, the port of Singapore was rated at considerable risk of IAS, but has few introduced species and only two mussels are considered invasive. We need to document this pattern and determine the causal factors.

Can you give an example of how Open Access to knowledge on IAS can benefit researchers and practitioners?

Definitely. I started working in Thailand in the late 1990s. Their literature resources were poor. If you loaned a book or paper to a colleague the next day there would be multiple black and white photocopies, even if the original was in color. Now with the internet much more information is readily available. However, papers in many journals are available only at a cost that is beyond the means of many researchers throughout the world. Open access journals such as Aquatic Invasions provide critical information to people worldwide for free.

What are you looking forward to most in your new role as Editor in Chief of Aquatic Invasions?

Working with researchers throughout the world and learning new aspects of IAS, particularly freshwater species, from them. While at times frustrating, it is very rewarding to help researchers from non-English speaking backgrounds get their work published.